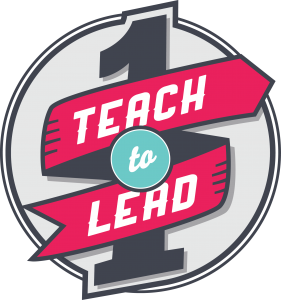 GO ALL IN for TEACH ONE TO LEAD ONE, a program designed for creating and delivering mentoring for at-risk kids! Come enjoy an evening of live entertainment while playing at your favorite casino table for a great cause! The event is being hosted by Southwest Jet Center (A Theory R Property). $25/advance ticket includes $500 of gaming chips (redeemable for prize giveaways), two drinks, appetizers from Fresh Barbecue Innovations and live entertainment featuring “Wide Awake” – a U2 tribute band.

All proceeds raised for the night will benefit TEACH ONE TO LEAD ONE to provide at-risk kids with mentors through their program right here in the Scottsdale/Phoenix area. Visit their website to learn more about the cause: T1L1 or contact Richard Doe: 480-209-7291 ~ Richard.Doe(at)t1l1(dot)org

About Theory R
Theory R was founded in 2002 by Gary Daichendt, the former Executive Vice President of Worldwide Operations for Cisco Systems Inc. Theory R operates with a high level of integrity, and the constant reminder to “do what is Right.” Theory R Properties is a premier West Coast Real Estate company with properties throughout California and Arizona. Theoryr R purchased Southwest Jet Center in 2012 and has grown it into one of the largest private hangar facilities at the Scottsdale Airport. They offer premium customer and aircraft services which have allowed for great success in business and leisure aviation.

An airport ramp usually packed with business aircraft was transformed to a venue for fun and joy for 135 special-needs children and family members who participated in an Arizona charity event to share the wonders of flight.

Nonprofit organization Sky Kids held the day of flights Nov. 8 at Arizona’s Scottsdale Airport. Pilots, volunteers, and airport businesses all helped give the participants a day to remember, and the event marked an expansion of the Sky Kids program, which previously had only been held at the Phoenix-Goodyear Airport.

Sky Kids, founded by Sharon and Bill Antonucci, “is dedicated to working in cooperation with communities and other organizations that offer disabled or special needs children with a venue to build self esteem and confidence through the unique experience of flight,” said event coordinator Ken Casey of Pinnacle Aviation in a news release. “This is accomplished by dedicated and compassionate volunteer pilots and ground support persons along with donations and sponsors making it possible to offer the children an opportunity to experience flight in a general aviation aircraft.”

Line crews from several airport businesses pushed the bizjets into the hangars for the day so that the entire ramp could be dedicated to the Sky Kids, who registered, received a T-shirt, then were treated to a short ground school session including a preflight and cockpit inspection of a Cessna 182.

With live aircraft engines rumbling less than 100 feet away, “the whole event had a nice vibe to it,” said Joe Daichendt of Southwest Jet center, adding that “you could feel the excitement just build for the kids.”

Next came a trip to the scales for weighing of the young passengers and their entourages, with assignment to an aircraft accomplished by matching up passengers holding numbered balloons with pilots and aircraft who were watching for them.

Between a DC-3, various piston twins, and single-engine aircraft, volunteer pilots gave about 120 rides of 20 to 25 minutes above the Phoenix area.

Daichendt had volunteered to help out on the ground, but he quickly found himself going beyond his original plan of helping to provide ramp security for the children and their caregivers: Southwest Jet Center’s Cessna Citation Mustang had not been scheduled to fly in the event, but then came a change of plans.

“That’s where I got to see a lot of magic happen,” said Daichendt, who recalled the reaction of some of the parents to the sight of their kids getting a little time at the flight controls with him.

“They’d be blown away that their kids were flying a jet,” he said.

A red-carpet welcome—with cheerleaders, applause, and photographs—greeted the returning fliers, who were rewarded with a set of wings and a certificate for piloting the aircraft.

“It was a great thing to be a part of,” Daichendt said, confiding that participating in such a special event means “getting more out of it than you’re actually giving.”

The sometimes impromptu participation of so many members of the local corporate pilot ranks revealed a side of business aviation that often goes unnoticed, he said, adding, “A lot of these guys just came out. They all just volunteered.”

The Sky Kids organization, which held its first day of charity flying in 2012, said it is eager to extend the program by working with other organizations and communities to give more special-needs youth in metro Phoenix “a memorable opportunity to fly.”

The next Sky Kids event is scheduled for April 18, 2015, at Phoenix-Goodyear Airport.