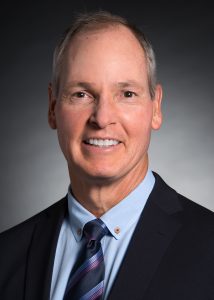 Gary Daichendt is the founder and Chairman of the commercial real estate firm, Theory R Properties. Gary is best known for his work at Cisco Systems, Inc. during its period of highest and record achieving growth.  He served as Executive Vice President of Worldwide Operations, Cisco’s second highest ranking executive.  His career also includes the position President and Chief Operating Officer of Nortel Networks Corporation in 2005. Gary has extensive public company board experience. He has served on the public boards of NCR Corporation, Polycom, Emulex and ShoreTel. Gary currently serves on the board of Juniper Networks and the advisory boards of multiple private high tech companies. He has also served on the boards of multiple Christian organizations including Azusa Pacific University, Walk Thru the Bible, Living on the Edge, and NAEN Ministries.

Prior to joining Cisco, he spent 10 years at IBM in various engineering, sales, marketing, and management positions and 8 years at Wang Laboratories serving as Vice President of Central Operations and Vice President of Marketing. He is co-author of the book, I-Operations. He holds a M.S. in Mathematics from Ohio State University and a B.A. from Youngstown State University. He and his wife, Cathy, reside in California.